The Food & Beverage industry in Egypt, has definitely been on the rise for the past few years. Hotels and restaurants have noticeably upped their game when it comes to food quality. With high-end ingredients becoming more and more available – thanks to special stores like Gourmet Egypt  (among others) – the consumer has become more savvy and aware, as to what ‘good food’ really tastes like.

Before I started my blog, there were quite a few food-related events, that I wished I had gotten a chance to cover in 2014. The fact that I missed my chance to post back then, will thankfully make this article a lot more concise and to the point than it normally would have been! I will only be mentioning the highlights, that I remember from each event. 🙂

The excitement over an event of such nature in Egypt was driving everyone crazy. Endless crowds of people stormed into the Baron Palace garden to attend Cairo’s first dedicated, public food festival!
Unfortunately, it was a hot, dry and windy day. The food booths were very basic and carelessly furnished. The amount of dust and sand flying around was quite off-putting. Apart from cupcakes and shawerma there was not really enough variety, to give it the title of ‘Egypt’s biggest food festival’! In my opinion it was quite a flop. But this year, I have higher hopes!
If I was to pick one prime contender, that stood out of the crowd; it would be “Beef fi R3’eef – بيف في رغيف”. 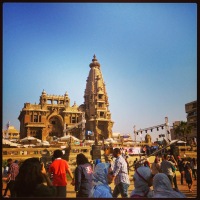 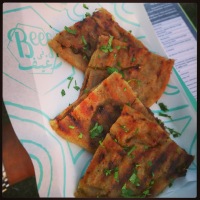 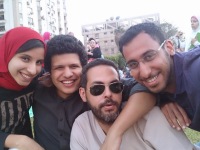 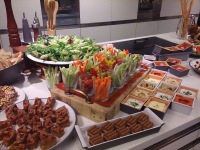 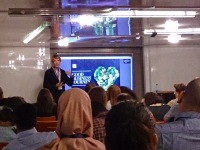 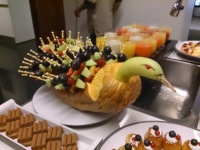 One of the names I respect the most among Egypt’s food purveyors, is Butcher House. They breed their own cattle and they supervise the process from birth to blade. This is why they have great control over the quality of the meat they produce. Last year, I was invited to attend the opening of their Maadi store and was luckily shown around by Managing Partner; Hussein El Buckley, all the way from the front door up until the walk-in chiller. Everything was clean, precise and certainly very unlike any other butcher’s place I’ve seen in the country! 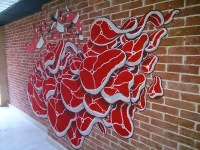 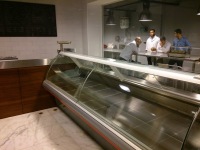 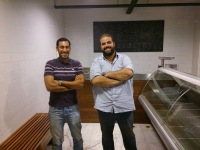 Led by a handful of Egyptian young moms, this event was all about fund raising for a good cause with high-quality bakery items. Fortunately enough, I was able to take part and bring my very own Otameal Raisin Cookies to the table. We were able to raise quite a nice sum and got a special ‘Thank You’ on Instagram from the official ‘Cookies For Kids’ foundation in America. 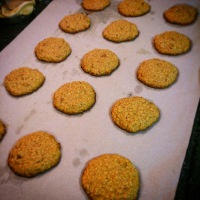 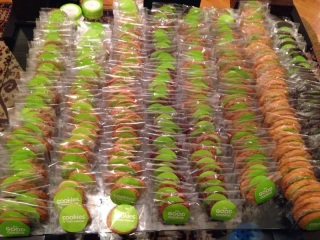 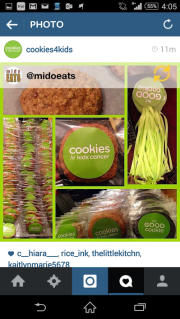 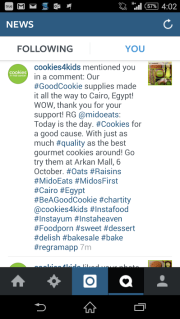 HACE is a standard staple every year. All of the biggest names in the Hotel and the Food industry showcase their latest and best products. Everything involved in the industry; from POS machines to exotic fruits and vegetables.
The most interesting part for me, is usually the cooking competitions, that are held in a large cooking arena at the back wall of the exhibition. It really is the biggest national cooking competition in Egypt! Sadly, judging is not easy. The participants don’t always read the guidelines correctly and many serious mistakes get swept under the carpet in the absence of the judges eyes. I hope this will be rectified and that these competitions will take a more seriously structured importance in the near future. 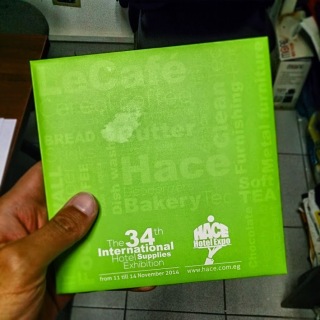 NOVEMBER – Green Tourism – The Green Approach to Tourism in Egypt:

Yet another big seminar, that was heavily supported by the Egyptian government and GIZ. After the seemingly never-ending introduction by H.E. Hisham Zaazou – Minister of Tourism, I soon discovered that this event was not really about food. The ‘Green Food’ section, featuring Zooba Partner Chef; Mousrafa El Refaey, was really not given the time it deserved. Instead, the focus was on ‘green’ and renewable energy sources and how they can benefit Egypt for a more environmental friendly future. Half-way through, I felt uninterested and left for a light lunch with two of my favorite attendees/speakers from the conference; Mr. Mounir Makar and Diana William from Maʼkar Farms!
The dinner provided by the Conrad Hotel, after the event; was quite elaborately garnished (though the taste was not particularly the best.. Sorry Conrad). 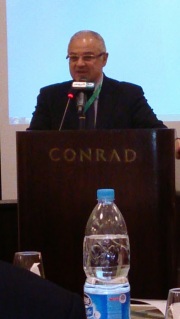 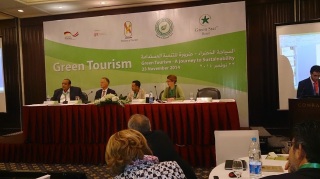 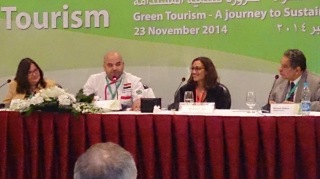 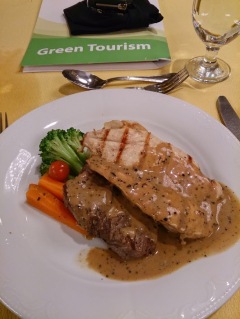 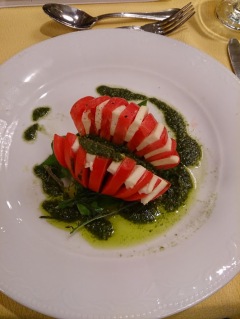 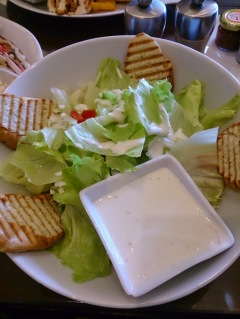 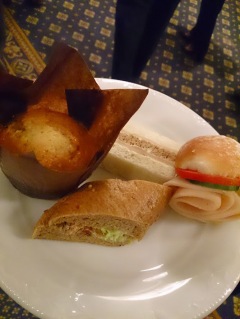 Dear friend and founder of Brûlee – Health & Fitness, invited me to attend the International Cuisine Festival at Dusit Thani, after I had spent over a week, trying to get an invitation/ticket (supposedly open to the public.. very confusing).
We got dressed, I picked my friends up and headed to the hotel, only to find that the festival was more resembling of a street market. Shocking! There were a few booths representing the cuisines of various countries, but there was no way you could even get close to them. It was overly crowded with a sample of the general public, who didn’t seem to have a clue about the food or what they were eating. No queues or lines here either. Just one big mess.
We only hustled to grab a quick taste, because we were starving. After about 10 minutes at the festival, we left for a luscious dinner at the Ruen Thai Restaurant. Much better than the festival, if you ask me. 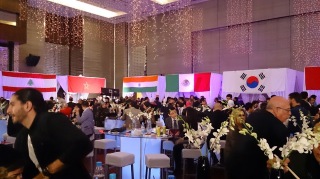 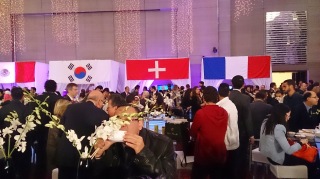 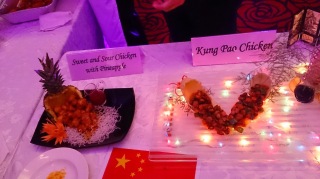 Having said all of that, it was still a pretty good year for Food in Egypt. One can only hope that there will be more of that to come in the following years and hope harder that there be an improvement in the overall execution of such delicious events.